Plain C is a simple, low-level language, and it's nearly a subset of C++, which was originally named "C with classes".  If you look at the size of the author's book on each language, you can immediately see the big complexity difference! 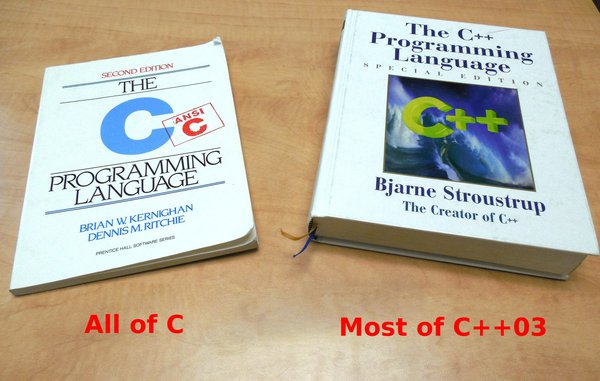 Generally, these features are shared between C and C++:

These features are only C++, not available in plain C:

In this class, we'll be covering both the implementation of C++ features in plain C and assembly, and plain C as a language on its own.  Quite a few large projects are built in plain C, including the linux kernel, and many system libraries.