Plain C doesn't have "class" data type, but you can declare a "struct" that works much the same way as "class", except everything is public by default.  Also unlike C++, you need to keep saying "struct foo" instead of just "foo" (unless you do a strange looking "typedef  struct foo   foo;").

In memory, this struct is identical to a three-element array of longs--if rdi points to the struct s, then s.ID is at QWORD[rdi], grade is at QWORD[rdi+8], and s.awesome is at QWORD[rdi+16].  Each field's distance in bytes from the start of the struct is called the field offset--in C, you can call offsetof(struct,field) to measure this, but in assembly, you just need to remember it, so I normally add a comment with the offset.

Accessing fields in a struct

In C, you need to access a struct differently depending on whether you have a value, or a pointer to the struct.  You get at a pointer's parts using the strange "->" syntax, which is designed to look like a pointer.

As usual, C++ complicates the situation with:

Since only one of ., ->, or :: will ever compile, I think they should have just allowed "." for everything like most other languages (Python, Java, JavaScript, D, etc).

At least in assembly things are consistent--the only way to access parts of a struct is via a pointer to the start of the struct, moved down in memory to the field of the struct.

The first thing inside a std::string is one pointer, which is 8 bytes, the size of a pointer.  This points directly to the string's character data: 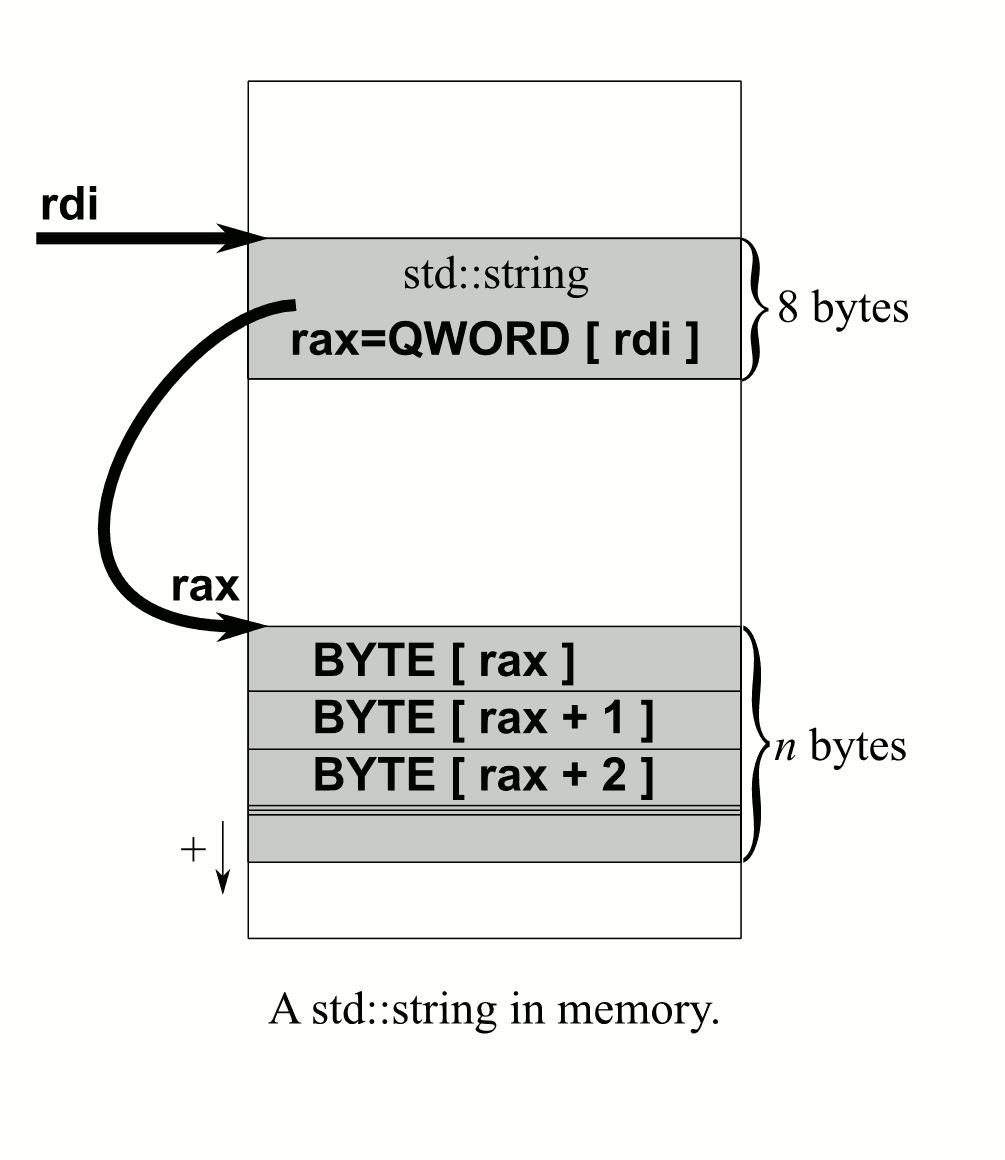 (I'm not showing it here, but depending on the compiler and version, there's other stuff inside a std::string, like a length field, and storage for short strings.)

If your assembly language function is passed a pointer to a std::string, you can print the string's character data by just extracting the character pointer from the string:

One common struct in C is a linked list, which is a struct that includes a pointer to another struct of the same type, hence linking the structs together into a chain or list.  This is commonly used in C to create growable data structures, like a list of students in a course.  Here's an example in C:

The loop is quite strange, starting at the first link in the chain, printing it, and then moving down the chain until we hit the NULL at the end.

In assembly language, the trick is remembering where each field of the struct lives: 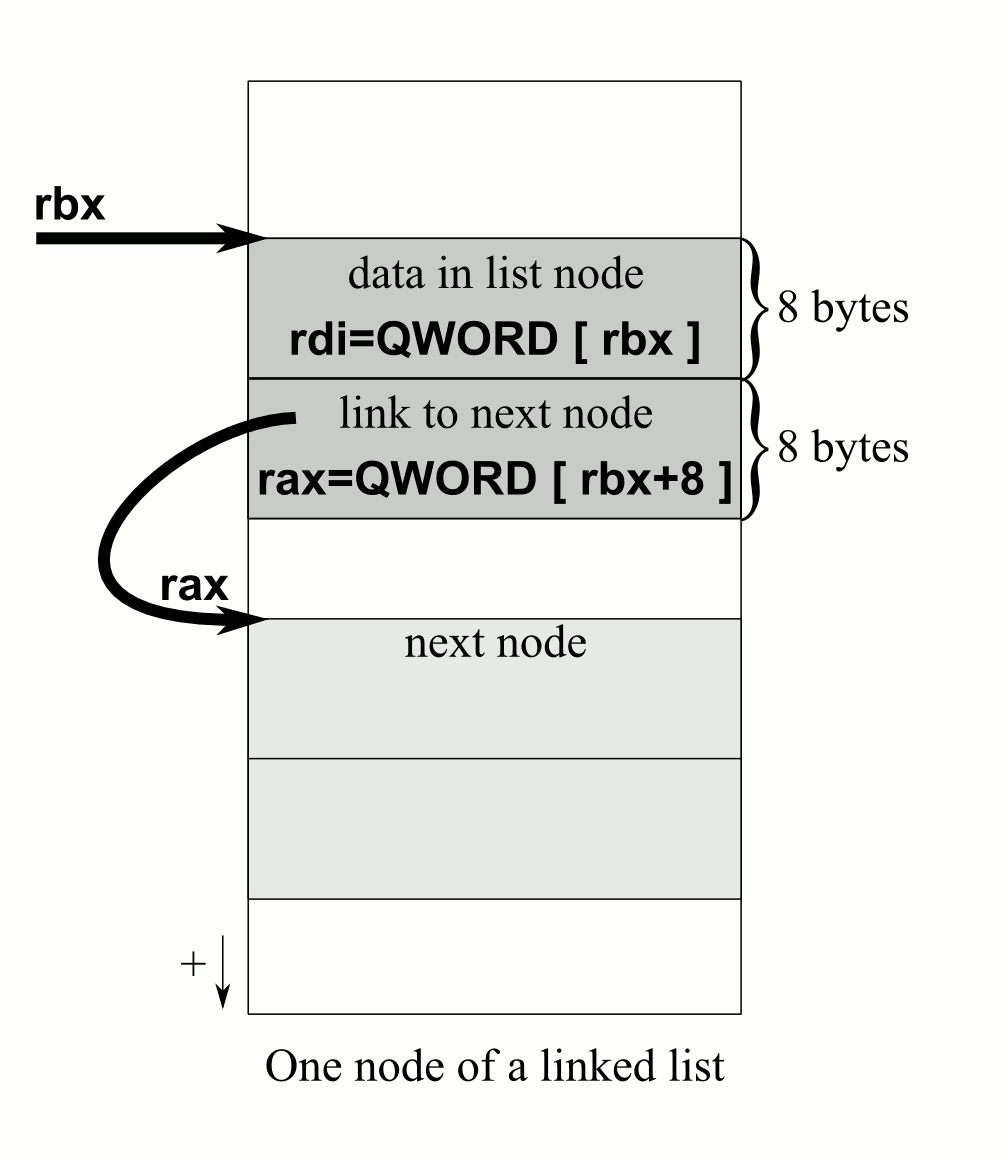 Here's the code to walk down a linked list in assembly:

Definitely try this!  Pointers inside structs are how we build complicated data structures in assembly!